Waimate is halfway between Christchurch, Dunedin and Queenstown, 10km inland and 47 metres above sea level.

The Waimate District is bordered by the braided Waitaki River in the south, the Pareora River in the north and the Hakataramea Valley to the west.

It has lush paddocks and rolling hills and is a gateway from Christchurch to Queenstown.

22.3 percent of people in Waimate District are aged 65 years and over, compared with 14.3 percent of the total New Zealand population.

17.9 percent of people are aged under 15 years in Waimate District, compared with 20.4 percent for New Zealand.

Waimate District enjoys a moderate climate in the summer and in the winter many mornings start with a frost resulting in clear, sunny days. The average rainfall is 600mm and average sunshine hours of 1,717 per year. Snow-capped hills surround the Waimate district in winter.

The major industries include farming and forestry. Accordingly to the 2013 Census there were 2,360 paid employees, an increase of 9.8 percent since the 2006 Census.

The district is promoted for its heritage, and the cultural and social aspects of a rural lifestyle. People move to Waimate for the serenity and peacefulness the area offers, and new residents have the opportunity to join a number of clubs and organisations which cater for almost every aspect of social and community life.

Attractively priced homes are also a major drawcard for new residents to the area.

Tourism is an increasing contributor to Waimate's economy with many free independent travellers visiting the area and several major events organised annually to attract people into the district. 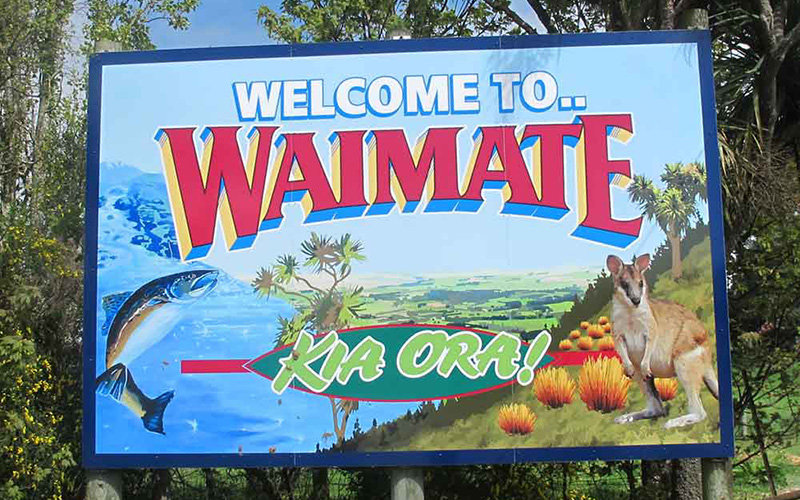